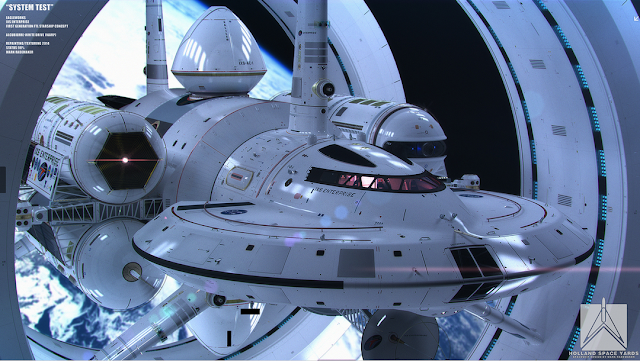 A story that should have been a part of every newscast, but was regulated by science magazines, and linked by a  few national websites.  The story, Warp Drive is More Feasible than Thought.  Not only could we build a craft able to come close to the speed of light, but that we could exceed the speed of light, and go as much as 10 X's the speed of light.

If you follow the world of Ufology, the first thing that skeptics point to is the fact that it is impossible to travel faster than the speed of light. It would take a prohibitively long time for any race to reach the Earth, but if warp drive is possible, then it would be possible. However, if you follow the world of Star Trek, we are talking about the possibility of achieving Warp Factor 2. This is a limited speed for interstellar travel but would reduce the trip from the Earth to the Moon to 13 seconds, and any location in the solar system to under an hour.

This would open up the moons of Jupiter and Saturn to exploration, and colonization. Manufacturing, mining, food, and energy production could be moved off-world. An not just the asteroid belt, but the exploration of the ort could, with thousands of planetoids, some possible as large or larger than the earth, to explore.

This is a long way from Star Treks' future we would like to see within our lifetimes, but it is a step in the right direction. I just wonder why the sudden change in the scientific community? It is almost like we are being guided by aliens, spoon-feeding us just enough knowledge to keep us going, but not enough to allow us to leave our own orbit. Everything from personal computers to cell phones all has roots in the Star Trek universe, with some part of their creation influenced by the show.

The idea for warp drive is of course not knew. Yes, it was dreamed up by Hollywood, but not in a vacuum. Many of the ideas from the design of the Enterprise, propulsion came from the minds of scientists and engineers from NASA, and  McDonald Douglas. The first serious proposal for warp drive was made in 1994 by Mexican physicist Miguel Alcubierre; however, it would require a power source equal to the mass of Jupiter to work.

Could this have been a miscalculation influenced by minders from space, looking to regulate our expansion beyond low earth orbit? Today scientists feel that the mass needed to power a warp drive would be considerably less.

The idea of Alcubierre's warp drive would involve a football-shape spacecraft attached to a large ring encircling it. This ring, potentially made of exotic matter, would cause space-time to warp around the starship, creating a region of contracted space in front of it and expanded space behind.

With the above configuration, a spacecraft would be able to achieve Warp 2 or 10 times the speed of light. Recent calculations show that this could be achieved by using a spherical ring in the shape of a rounded donut, as opposed to a flat ring.

According to Harold "Sonny" White of NASA's Johnson Space Center, the warp drive could be powered by a mass about the size of a spacecraft like the Voyager 1 probe NASA launched in 1977.


So why the slow move towards solar explorations, no return to the moon, no manned trip to Mars, and only a cursory presence in space? Maybe we were moving too fast for those watching us. Even though we have made great strides, what if the idea of warp drive was combined with armed warships. Odd that we would even see a proposed breakthrough now, but I guess this is also part of the plan.  With the approach of 12/21/12, seen by most as the dawning of a new age of enlightenment, or the end of it all, those watching us may come forward to help save us from ourselves, or to guide us into the galactic community.

It could also be the fact that world leaders were unable to show a unified front when dealing with the aliens.

Global Warming or the Next Ice Age?

Chinese restaurants and bars ordered to not serve clients who appear to be of African origin. www.washingtontimes.com